Posted on October 24, 2011 by Margaret Schlachter 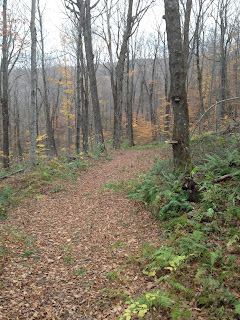 We have officially entered twig season in Vermont, the time between foliage and the first snowfall. It is the time in the middle where winter looms before us, yet we still cling to the last vestiges of fall the same as the last leaves cling on the trees to the bitter end. My race season has entered this season as well. One race looms over me until my 2011 season comes to a close, World’s Toughest Mudder.


It’s coming and it’s coming fast, just as winter is ready to rear it’s full force on us. All the other races have ended, work is in full gear, the days are whizzing by me. I am still not sure where October went! As I got back from what I feel on many levels was a humbling experience this weekend. I am acutely reminded that for as far as I may have come physically and mentally in the last couple of months I still have a ways to go, I have grown, but at the same time remained the same. 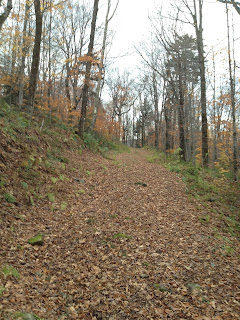 I am in twig season. By most people’s accounts my results look good from the weekend, still finished in the top 4% of all competitors (M/W) and in 17th in my age class out of over 1500 women. But my humbling was in how my body reacted to itself, it went into panic mode before the race really had a chance to unfold, the same panic mode I have been working all summer to overcome. For me this means, my breathing is strained, I just can’t seem to grasp for air. Yes, I am currently on an antibiotic which may have been a contribution to this strange reaction. It could have been the fact I had not had a full nights sleep in almost a week. But for the first time in a while I felt the sting of uncertainty as I ran. Thank god for Maurya there to help cheer me along as my body went into full panic mode. We had gone into the race saying we would do it together, Katy, Maurya and I.

We had decided instead of trying for PR’s we would enjoy the time together in this crazy race. But as Katy was up in front and Maurya cheering me along I felt for the first time in a while the weak link the one holding the others back. It just wasn’t my day, it wasn’t my race. After a summer filled with PR’s and unbelievably high accomplishments, I was due for an off day. It brought me back down to the ground, made me remember just how hard I need to go to reach my goals. I had been coasting for the last few weeks, for many reasons, but I had been coasting and I know it.
We are in the twig season of my racing year, only one race remains, and it happens to be a big one. Qualifying for World’s Toughest Mudder started this journey, started this blog, and although it has become a stepping stone to some of my bigger goals its almost here. I needed a race like Saturday to remind me just how hard I need to push to get to where I want to be in December. For the only thing I can control that day is how trained and prepared I am, and forget about what my competition is doing.


Only one goal left to achieve this year. It’s been an unbelievable spring and summer, and I only have one race left. It’s time to go but first I need a good night’s sleep!