Posted on October 28, 2011 by Margaret Schlachter 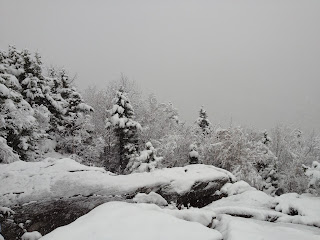 “Thousands of tired, nerve-shaken, over-civilized people are beginning to find out that going to the mountain is going home; that wildness is necessity; that mountain parks and reservations are useful not only as fountains of timber and irrigating rivers, but as fountains of life.“
John Muir


Even though I live in the mountains I often forget the beauty that surrounds me each day. Recently, I had been running through the same trails that once brought me joy only this time questioning the motivations behind all of this. Maybe it was the transition in the seasons, maybe I had just reached the tipping point of a long competition season, but recently I had forgotten to take a second and enjoy that which is around me, forgotten why I did this in the first place. Because as a friend told me before I went on my run today, you do this because it’s fun. Somewhere in the last month or so I had lost the fun, maybe it had to do with a stressful fall, a natural disaster, a death of a friend, or the overall extreme changes in my life recently or maybe it’s the realization that what this obscure idea of a race is getting closer and it’s becoming real. 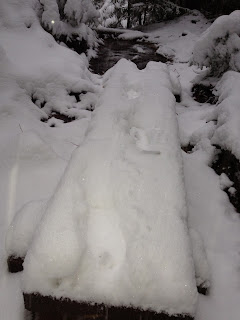 The path I have been on over the past couple of months has been an accelerated one. I could have never envisioned I would be where I am today a few short months ago. I have recently felt I am just holding on for dear life waiting for it all to crumble around me as things seem to have done in the past. Much of my recent lose of fun has been due to the fact I was fearful of the curtain falling, to find the all knowing OZ is really just a little man or worse their is nothing behind the curtain. These are the times when the questions of what am I getting out of this and what is it doing for me pop up. My greatest fear realized.


These are the feelings, the ones I keep to myself that keep me up late at night, that rattle me from sleep and take over my dreams. After many chats, delving into the reasoning behind this sudden lack of confidence and a YouTube video from a friend I set off with one goal today, find the fun in it all again. Carrie suggested this YouTube video to me, and told me to DO IT, run like Pheobe.


I decided instead of running the same places that didn’t seem to bring any joy these days, I choose to revisit a trail I have not been on much this year, deemed too short for my current training. It was in fact one of the trails two summers ago I ran almost daily passing tourists happily with a smile on my face. Today no tourists were on the trail, no one in fact would in their right mind go out for a run/hike during the first snowstorm of the year, no one except for me trying to recapture the essence that first pulled me into the woods.


As I headed up the trail, I couldn’t help but find joy as I had to duck and dive around snow covered branches. A couple times the snow found its way off the trees and down my back. As the music pumped, my cracks in fact did not show they seemed to close up as the blanket of white covered any imperfections in the landscape. The snow crunched under my feet. I kept moving, not very fast but kept moving. The negative thoughts started to dissipate as my focus turned to the ground and not slipping on covered rocks. Even a smile came over my face at I carefully took each step. Next thing I knew I was at the top, the top of the overlook, although there was not much to see, the white blanket over the landscape calmed me, this is why I do this to be outside, able to move around, feel the snow and trail under my feet. I jogged down the trail at times looking like Pheobe just trying to stay balanced. This was fun, for the first time in over a week it felt good to be out. 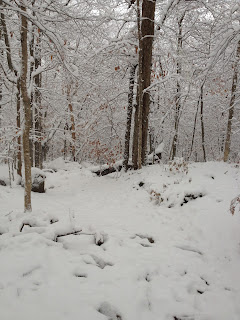 It’s not about the races, sponsors, fans, “toughness”, badassness, or anything else. Really it’s about being outside, getting to enjoy my backyard which is the mountains. Being able to disconnect from the bullshit while at the same time reconnect with myself and who I am. This is why I entered the woods for the simplicity, for the beauty and for it’s remarkable healing powers. I have been lost and now it is time to begin to find myself once again, one run is not a cure all but its a step in the right direction and which each step I get closer to finding myself again. Also as Carrie said continue to do it because it is simply fun!

“Not till we are completely lost or turned around… do we begin to find ourselves.”
― Henry David Thoreau