Posted on November 5, 2011 by Margaret Schlachter

Before I get into today’s post many may have seen photos floating around on Facebook from earlier today. I got myself into everything that has transpired today. It started with a text message sent to Jason, my training partner and the one and only Joe Desena, founder of Spartan Race. I sent a message to Joe simply asking if he wanted to go for a run as we have done before and Jason and I had planned on a long run anyways. So after a few messages back and forth, Joe said he had a plan and we would meet him at 5:00am at his house. Plans were set and my fate was sealed for the next day. No explanation of distance or time we would be running, typical and I knew from experience to be ready to be out in the elements for several hours.

As Jason and I got ready in the morning to meet up with Joe both of us prepared for a simple long run. We headed over to Riverside Farm on a chilly (19 degrees here in VT) morning and then we were off. Joe was wearing shorts, it’s still not that cold in Vermont. Quickly, we learned that this would not be a simple run and Joe had some other plans in store for the day. As we crossed Route 100 we met of with some of Joe’s friends, namely three 60lb sandbags. He named mine Frank. We headed up past Jason’s house and down a trail carrying the 60lb bags. I also was carrying my small backpack I run with for long runs with over 100ml of water and snacks for a small army, so all in all I was carrying closer to 70lbs at a time. For reference that is just over half my body weight.


Before we traveled too far we picked up another one of Spartan’s employees Stevie, who we seemed to be waking up when we arrived at his apartment above the Yoga Studio. Stevie was not exactly ready to go for a “run” with Joe this morning as he failed to bring a headlamp with him which would prove to be not the best idea down the road when we were bushwhacking up the mountain. Our merry bunch was all together now. Joe and Jason carried their bags the whole time and Stevie and I switched on and off. In truth the on and off was more of me with it on than off! 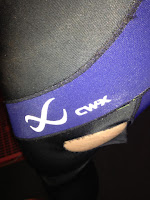 We made our way through the center of Pittsfield, Vermont and up one of the roads next to the General Store. Up and up the road we climbed until we reached a house and found what could be best described as a logging road/snowmobile trail. As we climbed further up the mountain the trail became less and less until we were full on bushwhacking our way up the mountain. Along the way bushwhacking through the brush, downed trees and such my tights ripped several times. A note about my bushwhacking style when I am carrying a sandbag up a steep incline, basically I barrel my way through the brush causing many scrapes and tears to clothing along the way. Pretty much complete disregard for anything but keeping myself moving and upright. At one point Joe proclaimed we were half way there only to see it continue to go up and up and then again about a half hour later proclaim the same thing. Luckily, it was still dark much of the time so we have no idea how much higher the mountain went. Sometime after sunrise we reached the top and dropped our sandbags to be picked up on another day.

As we descended down the mountain some how we got turned around and lost for a bit. If you have ever been on a hike with Joe, you know this is normal. We passed by a guys house who lives in a teepee and came across Colton’s. Any Death Racer can tell you about Colton’s, this is where Joe since we had abandoned the sandbags at the top decided to hand a log to me and have me carry it the rest of the way back to Pittsfield. Well Death Racer Bib #71 your log is waiting for you at the Pittsfield General Store. Yes, I ran as we had opted at this point to run back to town with this log alternating shoulders along the way. We finished up our “run” with breakfast and hot coffee at the General Store, but this point it was 36 degrees out. Balmy!


I returned to Jason’s house for a hot shower before heading back to Killington and work during which time Joe texted and said, lets get the sandbags tomorrow? Yup heading back up the mountain at 4am to get the sandbags tomorrow. It’s never a dull moment training with Joe and Jason. Our training time lasted just over four hours, mileage no idea, but we had fun in our own masocistic way. I have not been able to take the smile off my face all day long since we returned.


Did I mention today was the first day of deer hunting season, youth day!