Posted on November 10, 2011 by Margaret Schlachter 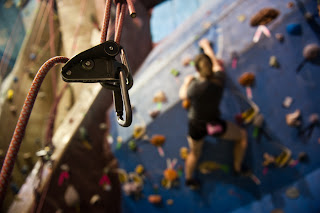 Pain, physically we can all endure a lot, most of us can endure more physical pain than we know. Our crutch is not what happens when the muscles fire, its what happened between our ears in the mass known as our brain. For it is not that we can not achieve success it is that we do not know what successes we can achieve. This is the genius of Steve’s workouts each week at Green Mountain Rock Climbing, as my hour with him is as much a mental test each week as it is physically. Today would push me beyond what I initially realized with both success and failures. 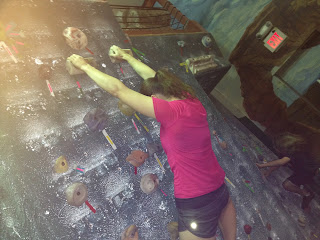 I got to the gym, riding a high of the last couple of days. It has seemed that all things in life have just clicked. Without going into the details of my personal life everything for once seems to be coming back into alignment after a rocky patch recently. We started off with the usual, warm-up bouldering around the gym. However, something was different today, just as I had gotten use to some holds and conquered “the whale” all the holds changed. As in life just when you get comfortable with something, it changes. The phrase I heard from a sports psychologist years ago, “get comfortable being uncomfortable came into play today.” As I struggled with the whale and the next section of wall Steve used this moment to teach me an important lesson, stop, look, refocus and move-on. I have a tendency to muscle through these warm-ups and have been able to do it with some success. Today Steve made me focus on success through technique  and focus. An important lesson going into my last month of training. 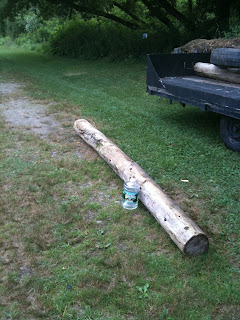 After making it around the gyms with a few falls, we headed to task two namely the finger board wall and the rowing machine. I was already dripping sweat at this point and had to dig deep. We started off with 250 meters on the rowing machine in under a minute, not too hard, then moved onto one minute holding myself on the wall, not so easy. (A note here Steve sets of situations that I will not always succeed in, but things he thinks and knows I can do.) After round one I got back on the rowing machine and I did another 250 meters in under one minute (goal was 55 seconds, I did it in 58) then onto the wall for 55 seconds. The final 250 meters was to be done in under 50 seconds, as I struggled to even keep a grip on the handles of the machine I struggled with the last 250 meters, I dug but was not able to pull it out in under 50, in truth it took just over one minute. Then back on the wall I went for one last time, this one was for 50 seconds, all the others I had come off the wall at some point. This time I pulled though without a fall. Now warm-up was over and we were headed outside.


My hands were shot at this point already, they trembled as I tried to tie my shoes, literally shaking as I made bowties at one point thinking I should have velcro shoes for Steve’s workouts. As we headed outside I say two large tires with climbing rope attached to them. Steve told me I was to pull them towards me. It took ever ounce of my strength the first set, I know Steve helped it along a little. I pulled using both arms and legs to get the tires to me. Next we moved onto Log flips, yes log flipping, it had been a while. I flipped the log 10 times back and forth then turned the corner of the building. What did I find, cinderblocks neatly ready for me to do dips on 10 to be exact. I pumped out my 10 then Steve instructed me to bring two of them to the end of the building where I got to do 10 push-ups. Remember those 60lb sandbags from the weekend and Airforce Crossfit, yup I was feeling both of them today! We did three sets of this, with 10, 9 and 8 reps. During the third set while flipping the log for the last time, I rolled my ankle feeling it crunch a bit, I did not let this hinder me, I could still walk and it wasn’t broken. We continue on for hurt and injured are two different things. 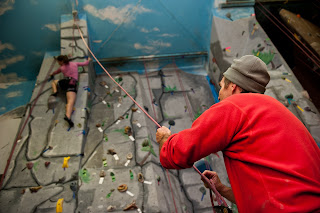 We then moved into the next part of the workout, climbing. Not easy climbs either this climb involved me  pumping to get to the next holds, 7 climbs in total, 4 of them were the same route and the last three a different route. After the first three I had to do 7, 6, and 5 push-ups respectively. The last couple I was spared the push-ups but did the climbs one after another. After the last climb as over Steve gave me the customary high-five and my workout was over. In just under an hour I had accomplished it all. Mentally at times this workout was tough and after I rolled my ankle I could have easily quit and walked away but continued and finished the workout, then RICE’d when I got home!