Posted on November 16, 2011 by Margaret Schlachter 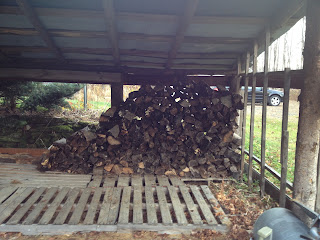 Monday morning and 5:00am came early, Jason, my training partner, and I talked about doing hill sprints in the morning up his very long and steep driveway. Yes, that house on the hill the quiet oasis from the noise around me. As I can to and sucked down my first coffee before the sun rose, Jason informed me that instead of hill sprints we would be doing some, yes, yard work. 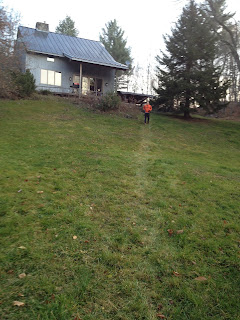 Well not yard work in the traditional sense no we would be moving the wood pile from down the hill in front of the house to up the hill next to the house. Yes, ladies and gentlemen I was duped into a farm chore workout. Which at the end of the day is fine, my ankle is still a little swollen and better it be healed for upcoming races than press my luck.


So we moved logs a handful at a time, because in true Jason/Joe fashion there was no wheelbarrow at the house. So we moved logs a couple at a time for just over an hour as the sun rose higher and higher in the sky. Up and down about a 50-75 meter walk. We walked the ups and jogged the down until we have moved all the good wood from one pile up next to the house. 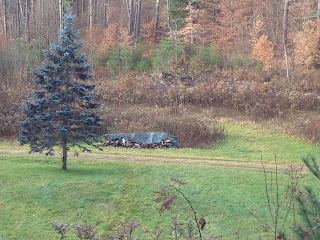 Then my farm chore workout was over and I was ready to take on the Monday morning grind. After it was all said and done it was kind of a fun and different way to start the day and start the week. Sometimes being duped into a workout doesn’t turn out so badly, although I can tell Jason has been hanging out with Joe way too much. It definitely had the Joe Desena touch to it!