Posted on December 12, 2011 by Margaret Schlachter 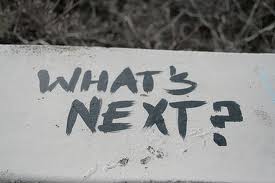 This time next week it will all be over, a blip on theradar, another notch on the belt. It’s crazy to think we train and prepare forthese races, spend months in the gym and out on the trail. The hours loggedalone working though all the crap in our brains. Then all of a sudden it’s raceday, the thing that we have put all this time and effort into is here and real.We step up that day, toe the line, and then we are off. Then what?

As I finish my final prep for World’s Toughest Mudder, I amrealizing it’s real. For so many months leading up to this race, I have preppedand trained but really it all seemed like this abstract thing off in thedistance. It didn’t feel like a real race, even as the gear stacked up and mycredit card saw a lot of action, it still was too abstract for me to fully takein. Now here we are days away. As I pack and make my final preps, it still in away seems like a dream, it won’t be until I am there, toeing that line on Saturday morning that it will all be real.

It’s not the race anymore that I am really thinking about,it’s the feelings during and after the race that flood me. It’s the then whatmoment. Those around me have asked, what’s next and it’s true I have all ofnext year planned out already. But emotionally and mentally, then what, whathappens after the race is done and prizes have been won or not won. Each raceis a singular moment in time shared by a small group of people. This group istaking on the unknown, a race like this has never been attempted.

We will always be the first, and that is something special.Stronger and more competitive athletes may come after us, but we will still bethe first. You can never recreate that moment, and in that time there is nobefore and no after, there just is now and now is the last calm before thestorm, the last preps and packing. This is the race that started me along thisjourney and now its here, I have trained hard, transformed by body, broadenedmy mind, awakened the dormant competitor within me once again, and made unbreakablebonds. It’s time now for that hard work to run its course.