Posted on August 16, 2011 by Margaret Schlachter 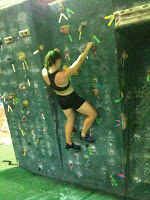 After the last two weeks of school, races and all sorts of other craziness, I feel like I am getting back on schedule. I worked with my trainer Steve this afternoon for the first time in two weeks. As I drove over from my parents house in New York to the Green Mountain Rock Climbing Center in Rutland, VT I was filled with dread as the last thing I wanted to do was workout. I was tired, which makes me cranky, and had already thrown around a rock for a while for an interview with a television station in the Capital Region. The motivation was NOT there to go hammer it out at the gym. 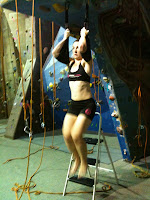 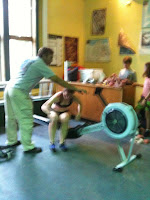 After talking with a couple friends on the way over, I knew deep down that as soon as I got to the gym and started going I would be fine. As I have said before the hardest part if getting yourself there! I walked in and Steve and I talked about the last two races and what I needed in the future. As has become our norm, I do not know what we are going to do he surprises me along the way. 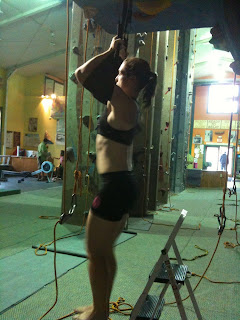 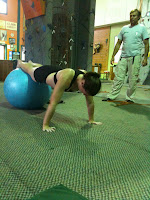 The first time I attempted this workout, 21 days ago, it took me 16:18. Also no woman had successfully finished this challenge. I told Steve almost a month ago I would be the first to accomplish it. Well, today I accomplished it, in 14:00 and am the first woman to add my name to the wall! I was pretty psyched and determined to get it done once we started. This time I was focused, the Spartan Beast taught me that I can do just about anything and that I can go deeper within myself than I once thought imaginable. As each task passed I knew that I had a support group from afar in the Spartan Chicked Team routing for me along the way. As we reached the last task, the plank and I knew I would accomplish this goal, the last ten seconds although my body was in pain a huge smile came across my face, I had done it. 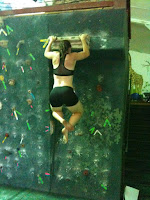 No time to bask in glory, I got a quick drink of water and then it was time to jump right into 5 climbs, no rest. At this point my muscles were getting close to failure, when the last climb was done, Steve smiled and said, “Now we do the Climbfit Challenge again.” I think my face that that point said it all, I was in shock and my body was toast. He said this time we would do it to finish not for time. 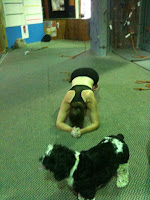 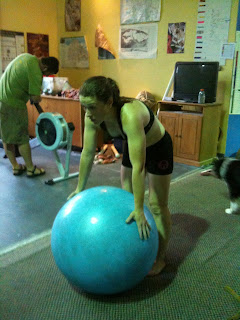 So we started again, the wall was a little harder this time but still not too challenging. Lucky for me the battery had gone on the rowing machine so no rowing in this round, instead right to knee-ups. I did these in four rounds of 25 then headed over to the ball for push-ups. These killed and took me forever it seemed like. Steve wouldn’t count it if it wasn’t perfect. I almost when to fail several times and by the end my sets were of two at a time. The last task was the plank, it took all my might and mental strength to keep this one going. Echos of ALPHA 603-8864 were blasting through my head over the sound of Steve’s voice calling out each interval. My body shivered as each muscle wanted to fail. Finally, I heard the final countdown, then I collapsed.
After we finished Steve said he had only actually done this particular workout set once. My arms shook and body was dead. I left the gym feeling exhausted but happy with the accomplishment of the day. My name is now on the wall and will forever be on the wall at the Green Mountain Rock Climbing Center in Rutland, VT.  If you live in the area you should come to one of our sessions they are killer in a great way!