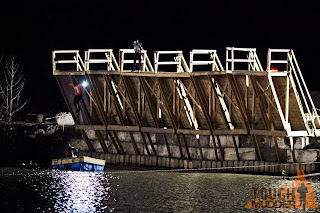 When I returned to my tent after lap three, things were different. The fun and games of the three previous laps were over. It was sometime after midnight. Most of the competition had packed up and was long gone, the guess was only about 30 to 50 were still racing and still in the game. This is when things start to get murky and my brain started to fog. So some of this may or may not have happened exactly like this but its how I remember it, the times are coming from phone and text conversations with my training partner Jason.

I remember getting back to the tent and having trouble this time getting my wetsuit off and dry clothing on. I remember sitting down in my chair in the tent alone naked from the waist down with a towel covering me, I struggled to get off the rest of my clothing and put another pair of my warmest Insulator CW-X tights with my sweats over them and changing into a new bra, two more UA layers and put on my warm winter jacket. Some time after I had gotten myself dressed again, Todd and Yitzy showed up. Danny an injured racer who ended up just helping out the whole time was there as well. I remember knowing that I had never felt like this in my life. I felt like a pile of shit. I sat and attempted to eat that piece of pizza and a few bars. I couldn’t get anything in my system. Food was just not going in. It was at this point, as my mental state started to waiver that I went off my food and nutrition plan. 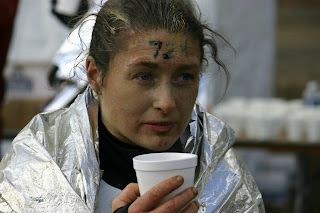 Next thing I remember was crying and starting to break down. I was shaking in my sleeping bag maybe again on the phone or this time via text. I remember not ever feeling like I did at those moments. It was sometime around then that I started to doubt if I could do another lap. I curled up in my sleeping bag and tried to pull myself back together. Listened to Adele for a few minutes. It was around this time that Todd and Yitzy weren’t sure what to do with me. Todd left to go get dressed to go out for another lap and let me rest for a few minutes. I pulled myself out of the sleeping bag and said, OK let’s do this. Yitzy was there waiting for me to come back alive. It would take me about an hour to get myself fully dressed and back out on the course. I headed down to the showers to get my body temp back up. This was the hottest and best shower of my life. It warmed me. It was the first warmth I had truly felt since leaving the hotel nearly 24 hours earlier. 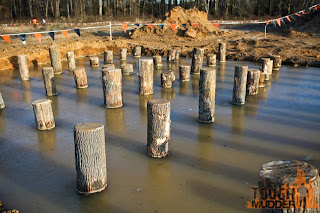 At this point I contemplated just sitting in the shower forever but knew I had to get ready. I can’t remember but I think I went back to the tent and finished getting all my dry clothing on then I know I went back to the showers to get my wetsuit on. At this point we had pitted for about 3 hours and my wetsuit was literally frozen. I needed to warmth to soften it up to get back on my body. Todd carried half my stuff for me to the showers as I could not manage. It took me a long time to get all my stuff on. I pulled my windbreaker over my wetsuit and the boys tired my bib on. The blisters on my feet hurt and my body wanted to sleep and not go back out. I pulled it together enough to put my stuff on and wet set off for what would prove to be the final lap. It was about 3:30am as we set off for that last lap.

As we set off the aim was to get two more. This is when I turned into a robot. I just walked and walked. Todd and Yitzy were afterthoughts to me. I knew I could do one thing, move forward. As we went through the mud mile an obstacle which was totally iced over. Luckily one racer in an orange windbreaker was ahead of us on the course so we at least a little bit of a path through the iced over mud. We still had to break a path through the ice. It was thick enough that you could pick up the pieces and throw them. Which I did. 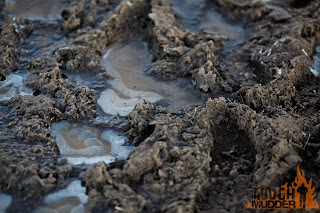 As we exited the mud and headed to the motocross track. I gave the volunteers the finger and told them thats what I thought about the obstacle with the pipes we had to shimmy across. The electroshock I felt nothing. At aid stations I grabbed some stuff. Todd and Yitzy were not even on my radar. My shoulders were down, my head was slumped and I walked. I walked more and more. The boys attempts to talk to me failed. All I could do was go forward. The ironic thing was this was my fastest lap and the boys were having trouble keeping up. As I moved I wept. I wept the whole time. I made animalistic noises, I talked to myself. Coming out of the barbed wire I told one of the Tough Mudder guys in an HQ jacket, FUCK YOU, then turned around and said in a lucid moment sorry.

I have never been in this state before and its hard to fully describe it. I think any true endurance racer will understand this moment and many have pushed pass it. I pushed for about 3/4 of the course. The tires obstacle as I walked over the tires the asphalt below in the night light, made it look like to me they were filled with water, and depths unknown. Yes, I was hallucinating. I heard somethings on course, and it wasn’t until well after the race I realized this all happened. I saw things that weren’t there and in the trench I though I was in WWII crawling through the tunnels. All these things happened. All these things Todd and Yitzy didn’t know were happening. All they saw was a women, shoulders slumped head down, not talking weeping and moving forward at a strangely fast pace. 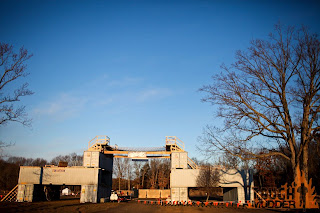 As we got further and further into the lap I remember an innate need to lay down. I was ready to nap on the gravel. I had to stop a couple times and hunched over to get my energy to keep moving. The sun was beginning to rise and daylight was coming. We had seemingly made it through the night. After the hay bales and about 2 obstacles from the water, Todd and Yitzy ushered me into the medical tent just to break for a couple minutes. We were met by the Medic April, who said she knew exactly who I was and their had apparently been a buzz around me for much of the race I was unaware of. It seemed many people were as invested in my race as I was.

There I sat in the med tent on course still in a complete daze. I was handed some hot Jello, I couldn’t even get this down. At some point I needed to lay down. I could no longer even sit. I was not stripped or anything like that but I was led to the cot and rolled in a blanket. I lay there and went from not feeling cold to violently shaking, my whole body convulsed. I tried to ride it out and see if it would pass. It only got worse. It was in this moment that I knew that my race was over. The course had broken me. I had given it all I seemingly had. I cried, I cried one of the hardest cries of my life. I could barely moved from fatigue and the shivering got worse, I knew it was done. My race had come to an end. I could not get back in that water. I cried a little more, not feeling sorry for myself but feeling the full weight of failure. I had never pulled myself from anything before, for once in my life my best was not enough to finish. This was and is the hardest thing moment of the race and the one that is ingrained in my head. 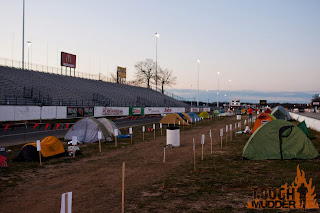 As I knew it was over I lifted my head from the blanket. Todd was there and he too was upset knowing the race was over for me. My cot was pulled near the heater where another woman sat. It was here at my lowest and most broken state that I met Corrine, a woman from California who I had been interacting with since about June. We one of the singular funniest moments of my life, but not funny in a haha since no this was a paradoxical funny. Here we were both broken, two strong women, 50% of the females remaining in the race I would later find out. We shared a moment, a moment that will stay with me. She told me I was her inspiration and she drew strength from me, this was said while I was laying in a cot barely able to move balling. I had truly pegged her as one of the toughest competitors in the race and had wanted to meet her. There we were two of the top women in the race facing our hardest moment, together. Corrine is an amazing competitor I cannot put into worlds what the moment we shared meant. I will always be bounded to her for that moment.

As we rode in the ambulance the four of us back to the finish area. I handed in my timing chip at the finish area, in a dark dark place. I was mildly hypothermic and completely out of it. I got myself back to the tent a completely broken person. I got out of the cold wet clothing into my sweats, crawled into my sleeping bag, shaking from the cold and from having made the toughest decision athletically in my life. All I could do was pull the sleeping bag over my head and have some alone time.

My Race Was Over…